UFC on FX: Browne vs. Bigfoot 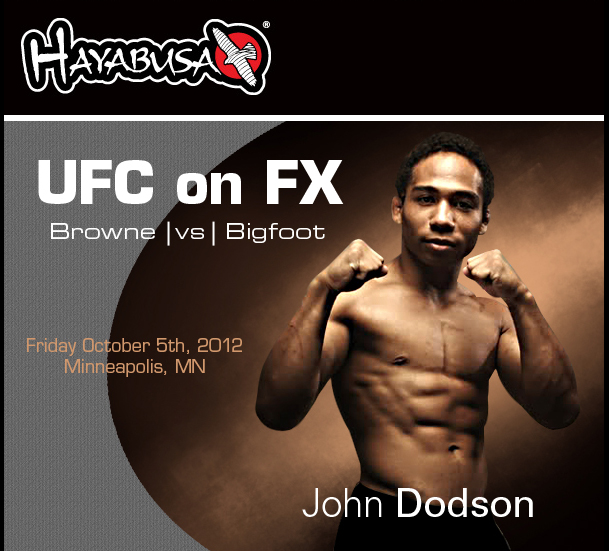 Here at Hayabusa UK & Europe we would like to wish the best of luck to the three Hayabusa sponsored fighters competing at the ‘UFC on FX: Browne vs. Bigfoot’event later on tonight.

All three fighters, John ‘The Magician’ Dodson, Bart ‘Bartimus’ Palaszewski and Phil ‘Billy’ Harris will all be competing in their Hayabusa Chikara Fight Shorts.

The bout between John Dodson and Formiga has been touted as a #1 UFC Flyweight Championship contender match-up. With the first ever UFC Flyweight Champion recently being hailed in the form of Demetrious ‘Mighty Mouse’ Johnson, the winner of tonights match will be eager to make sure that his reign is a short lived one.

On the back of a four fight winning strike, Dodson has been working hard to improve his already impressive ground game, combined with his explosive power we feel he is in with a great chance to earn his shot at the title.