Brazilian Jiu-Jitsu is one of the newest martial arts around. And still in its infancy when compared to other martial arts. It has come such a long way in a relatively short space of time though and is now one of the most prominent disciplines. Developed by Carlos and Hélio Gracie. It was formed from Kodokan Judo that was taught to the Gracies by students like Takeo Yano, Mitsuyo Maeda and Soshihiro Satake. The brothers eventually created Brazilian jiu-jitsu and it came to be its own martial art. Today I will talk you through getting your BJJ Black belt.

An adaptation of judo and jujutsu, it took the best aspect of both sports and left some of the less effective parts behind and through the experimenting and practising BJJ was born. There are currently 5 belts for students over 16 and 4 for anyone younger. These are White, Yellow, Orange and Green for children and each belt will require four stipes before you can progress to the next level. There has recently been a new colour, grey, added but not all gyms count this. 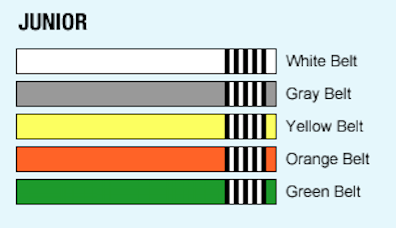 For adults, it goes White, Blue, Purple, Brown and Black. Similar to the juvenile system, you will need to get four stripes before you move on to the next belt generally speaking.

What Sets BJJ Apart From Other Arts

The main difference between BJJ and other martial arts is the time it takes to get your black belt. The generally accepted rule in the community is that it takes 10 years to finally get your belt. Which also works well with the theory that 10 years of training or 10000 hours of deliberate practice are needed to become world-class in any field. It is also up to the instructor to decide if a student is ready for a promotion.

White belt is where every new Brazilian jiu-jitsu student starts there adventure. This will be there hardest part of your journey as in the beginning you will have no knowledge and you will pretty much be playing defence for the first few months. Once you get a few submissions down, learn a sweep or two and a few more new guys join you will start to get into the hang of things. If you keep training and showing progress then you should aim for a stripe every 6 months but that is completely at your instructor’s discretion.

Blue belt is the second rank in BJJ and this is where you will start to have some fun. You will have new people coming through your gm all the time and lots of new guy means lots of fun. You can start to practise those moves that you have just learned during technique and not worry about being smashed every roll from now on. The IBJJF does states that you must remain a blue belt for a minimum of 2 years before moving onto your Purple. This does not mean that it will take you 2 years though. This is more for dedicated students who train multiple times every day. Blue will be the longest part of your journey and you should hope to get a stripe every 9 months. This is normally the state that separates the people doing it for fun and the more serious students.
You also have to be at least 16 years old to receive a blue belt.

Purple belt is the where you will start to get respect for the rest of your student. You will get white belts asking you for advice and you can start to discuss new moves and techniques with the higher belts. This is where can start to practise all of those crazy moves you have been watching on YouTube and actually pull them off. Once again The IBJJF requires you to train for a minimum of 1.5 years before you can get your brown. And once again unless you live in the gym this probably won’t be for you. You should get you stripes faster at Purple and aim for one every 6-8 months this time.
The IBJJF requires you to be at least 16 years old and before you can get your purple belt.

Brown belt is where you pretty much start doing whatever you want with white belts. Most beginners will not be able to come close to tapping you so to still get the most out of your fights you can start to put yourself in challenging situations. Let them pass your guard or get mount on you and try to fight your way back. The IBJJF requires you to remain a brown belt for a minimum of 1 year. Anything for 1-2 year is seen as good at this stage though. Brown belt normally requires five years of dedication and a huge chunk of your time, money and determination, but its all worth it.
You will also need to be at least 18 years old.

Well, guys, you have finally made it. Your journey is still not complete though. You may finally have the belt you have been lusting after for the past decade but you still have so much more to learn. You are now at the top of the pyramid and for every 10,000 people that start the sport, only one will get the top honour. Not many people in the world have what you have now. You are now in an elite club which compels respect.
The IBJJF requires that a student be at least 19 years old. 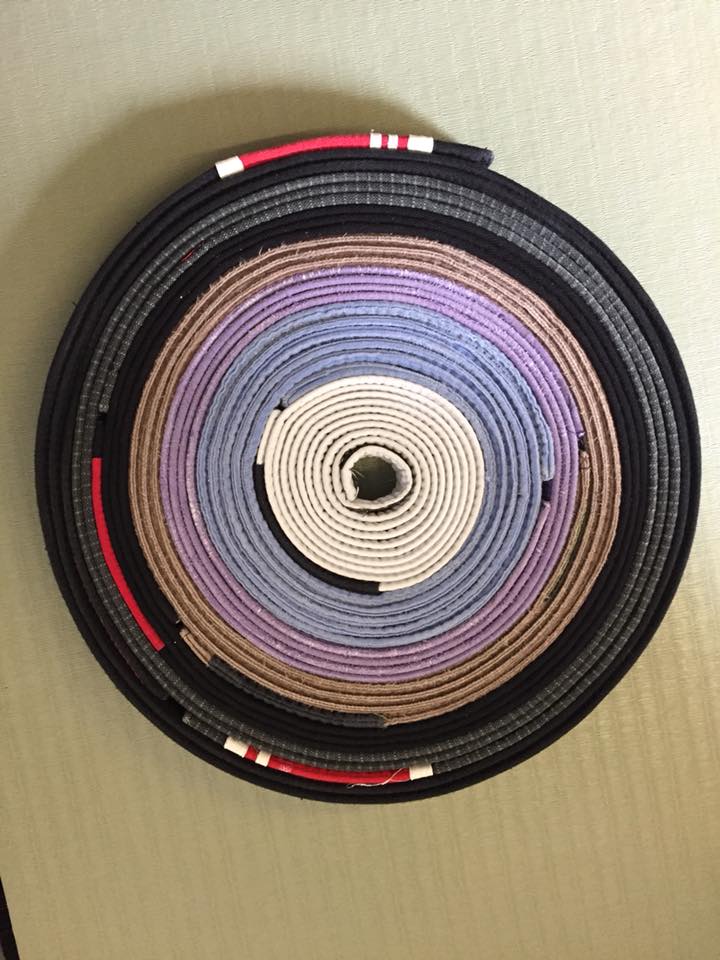 Every promotion to a new degree in the black belt starts from the day you get promoted. The first, second and third degree will be awarded after three years. The fourth, fifth and sixth grades will take 5 years each. The seventh and eighth will take 7 years each and that is then classes as your red and black belt. The ninth degree or red belt as its known can only be applied for after 10 years. There is also a tenth grade which was given only to the pioneers of Brazilian Jiu-Jitsu, the Gracie brothers: Carlos, Oswaldo, George, Gaston and Helio. 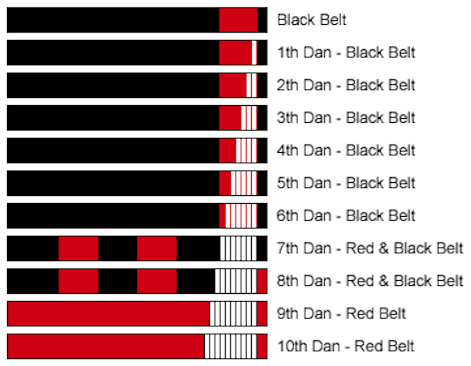 I hope you enjoyed this article and found it useful. Hopefully, there will be some more soon which you can have a look at.