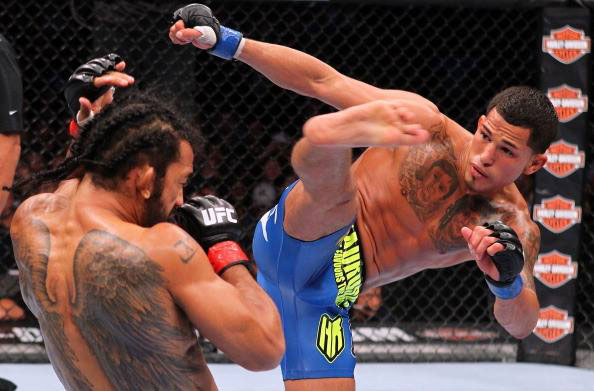 Pettis is an exciting member of Team Hayabusa and as shown above he has also competed wearing the, Blue Hayabusa Haburi Compression Shorts, back at UFC 164 in August 2013.

At Hayabusa Europe, we are fully behind Pettis and hope that he can continue to climb the rankings and maintain his Champion status for a long time to come.

Check out the current top ten rankings* below:

What do you think about their top ten fighters as determined by their voting panel?