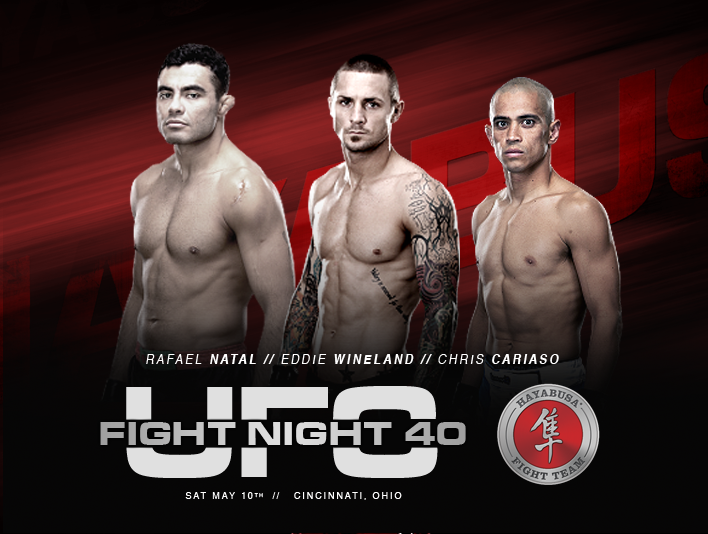 A belated shout-out to the Hayabusa sponsored warriors who valiantly fought at UFC Fight Night 40 on the weekend.

A huge congratulations is in order for Chris “Kamikaze” Cariaso, who fought hard for a split decision win against Louis Smolka. The victorious Cariaso, proudly representing in the Hayabusa Chikara™ Recast Perfromance Shorts in Red, notched up his third win in a row and gave Smolka his first loss of his professional career.

Unfortunately the favourites, Eddie Wineland (loss by KO) and Rafeal Natal (loss by Decision) came away without victories but still represented Hayabusa with heart and fight.

Wineland and Natal could be seen battling it out wearing the Hayabusa Haburi Compression Shorts in Red and the Hayabusa Recast Performance Shorts in Blue respectively.